Updated review: Insufficient evidence for use of Omega-3 supplements in treating depression Updated Cochrane research concludes that there is insufficient evidence for the use of Omega-3 fatty acid supplements in treating major depressive disorder.

Omega-3 fatty acids are widely thought to be essential for good health and are naturally found in fatty fish such as mackerel; other seafood; and some nuts and seeds.

Omega-3 fatty acids have been widely promoted globally for a variety of health concerns, and are readily available as an over-the-counter supplement. These supplements have hugely increased in popularity over the last decade, together with a range of other supplements including ginseng, garlic, green tea, vitamins, minerals, and herbal products.

There have been various studies that have suggested a role for Omega-3 fatty acid supplementation in treating major depressive disorder. Adults with major depressive disorders are characterized by depressed mood or a lack of pleasure in previously enjoyed activities for at least two weeks, in the absence of any physical cause, that impact on everyday life.

Figures published in 2018 estimated prevalence rates for major depressive disorders of 163 million cases in 2017, and global incidence rates of 242 million cases, resulting in 33 million years lived with disability globally, an increase of 12.6% since 2007. 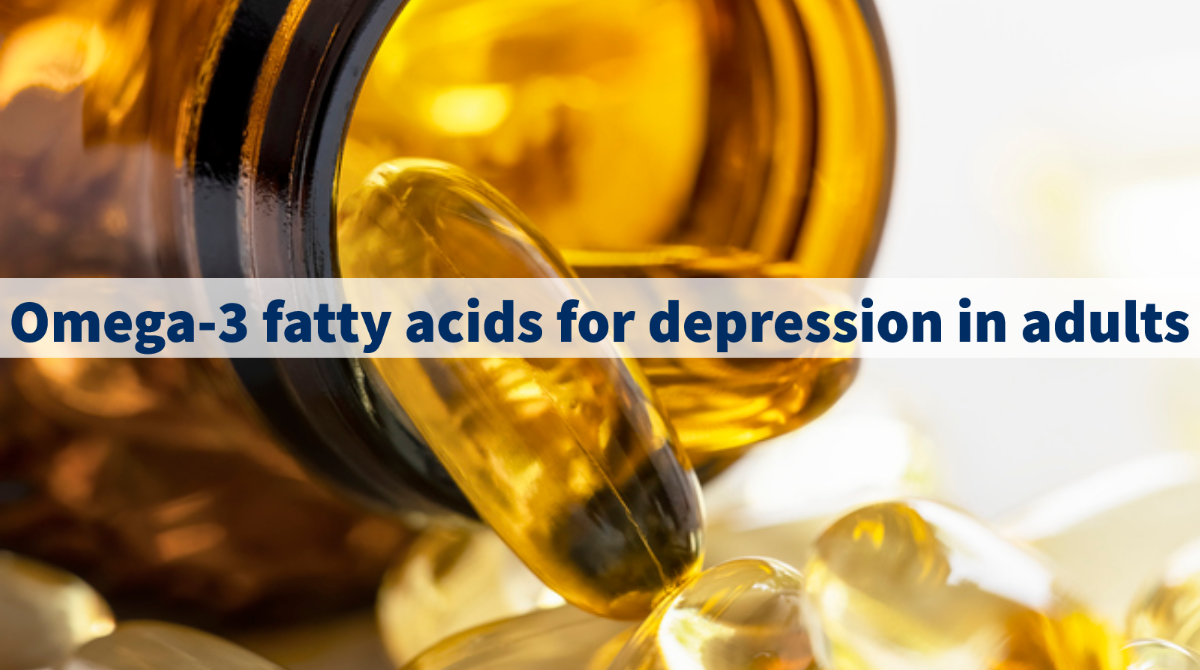 This updated Cochrane Review, published recently in the Cochrane Library, gathered together data from 28 randomized trials involving a total of 1944 participants. The trials investigated the impact of giving an Omega-3 fatty acid supplement in a capsule form and compared it to a dummy pill. In one study, involving 40 participants, researchers also investigated the impact of the same supplementation compared to an anti-depressant treatment.

The Cochrane authors found that, whilst people who were given Omega-3 fatty acids reported lower symptom scores than people with the dummy pill, the effect was small and there were important limitations that undermined their confidence in the results. Their analyses showed that although similar numbers of people experienced side effects, more data would be required to understand the risks of taking Omega-3 fatty acids. 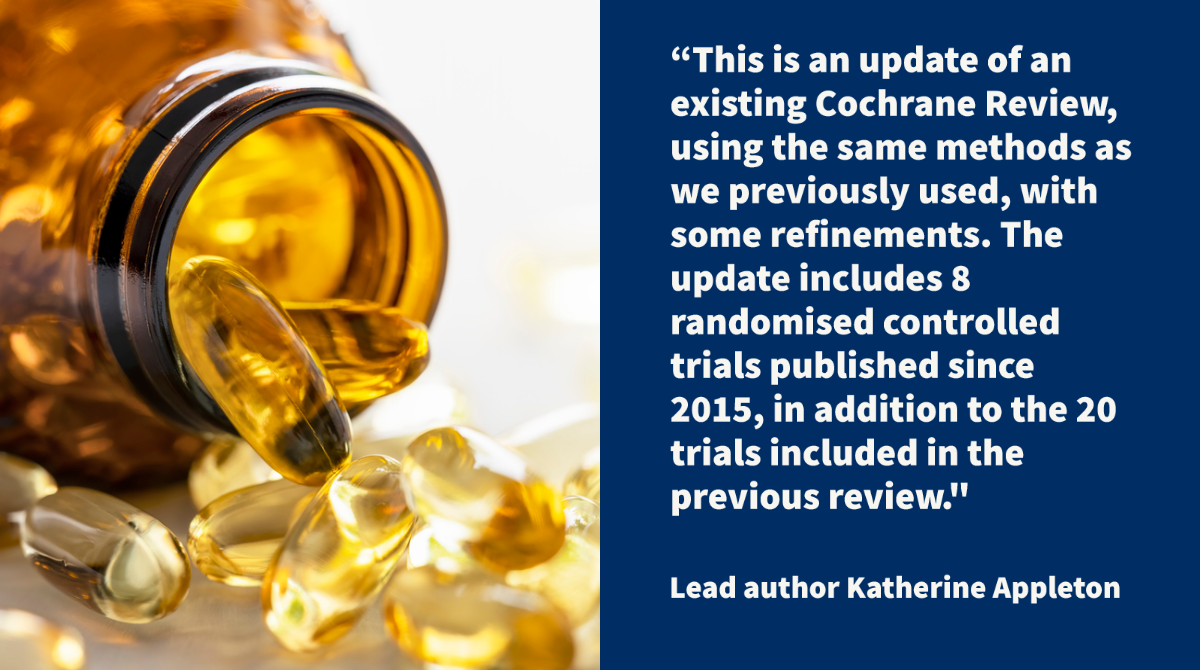 Lead author Katherine Appleton from Bournemouth University said, “This is an update of an existing Cochrane Review, using the same methods as we previously used, with some refinements. The update includes 8 randomised controlled trials published since 2015, in addition to the 20 trials included in the previous review.

Our conclusions however remain unchanged. We found a small-to-modest positive effect of Omega-3 fatty acids compared to placebo for depressive symptomology, but the size of this effect is unlikely to be meaningful to people with depression, and we considered the evidence on which this conclusion was based to be of low or very low quality. All studies contributing to our analyses were of direct relevance to our research question, but most of these studies are small and of low quality. We also found insufficient evidence to clearly determine the effects of omega-3 oils on negative side effects or when compared with anti-depressants.”

She added, “At present, we just don’t have enough high-quality evidence to determine the effects of Omega-3 fatty acids as a treatment for major depressive disorder. It’s important that people who suffer from depression are aware of this, so that they can make more informed choices about treatment.”